Gary Kristen has a huge connection with Indian team. It was under his coaching Indian team went on to win the World trophy after a long time. Currently, Gary Kristen has been appointed as the batting coach for Royal Challengers Bangalore for 2017 – 2019. He has played for South Africa Also Read: Best strategy … Read more Aaron Finch made his debut to the Australian team in 2013. After 5 years of of experience in ODI, Aaron Finch got to play in Test games from 2018. The opening batsman for Australia has shown aggressive batting that dominates the opponent bowlers. In his career, he has played in more number of domestics games … Read more 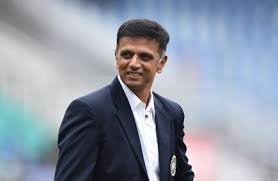 Rahul Dravid has had an extraordinary career while playing for the team India. He played in the Indian team for 16 years. Such an experience in his career has put him in the Director of Cricket Operations at National Cricket Academy, Bengaluru, India. He also acts as a kind of mentor for India A and … Read more Parthiv Patel is an exceptional cricket player but unfortunately, his entry into the team is shadowed by MS Dhoni. Since Parthiv Patel is the wicketkeeper position basically he is skipped for MS Dhoni by the selectors. Parthiv Patel has an interesting record of playing for every franchise in the IPL. He has Played For India, … Read more Muttiah Muralitharan the magician with the ball has done lot for the Sri Lankan team. In his tenure in the Sri Lankan team for the 18 years, he has collected many accolades along the way. He has a record of 800 wickets in Test games in which he has 67 5 wickets haul. He has … Read more Anil Kumble is the pioneer in his department when he played for India. In his 18-year tenure of Indian team, he has taken 619 wickets as his crown jewel. After completing his career as a player he has started a career as a coach for Royal Challengest Bangalore. He has also turned his career in … Read more There is an only hand full of the finest wicket keepers available in the cricket world. One such players are Brendon McCullum. He has shown what is standing behind the wicket is with his athletism and agility. He was a pioneer in his element. He has inspired tons of cricket fans with his simplicity and … Read more Former teammate turned Coach Ashish Nehra is the current bowling coach for Royal Challengers Bangalore. A few years back he was playing alongside the current RCB team. With time he has donned the coach cap to help his team. He debuted for India in 2001 and played in blue jersey for almost 10 years. With … Read more 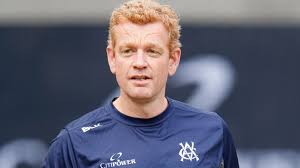