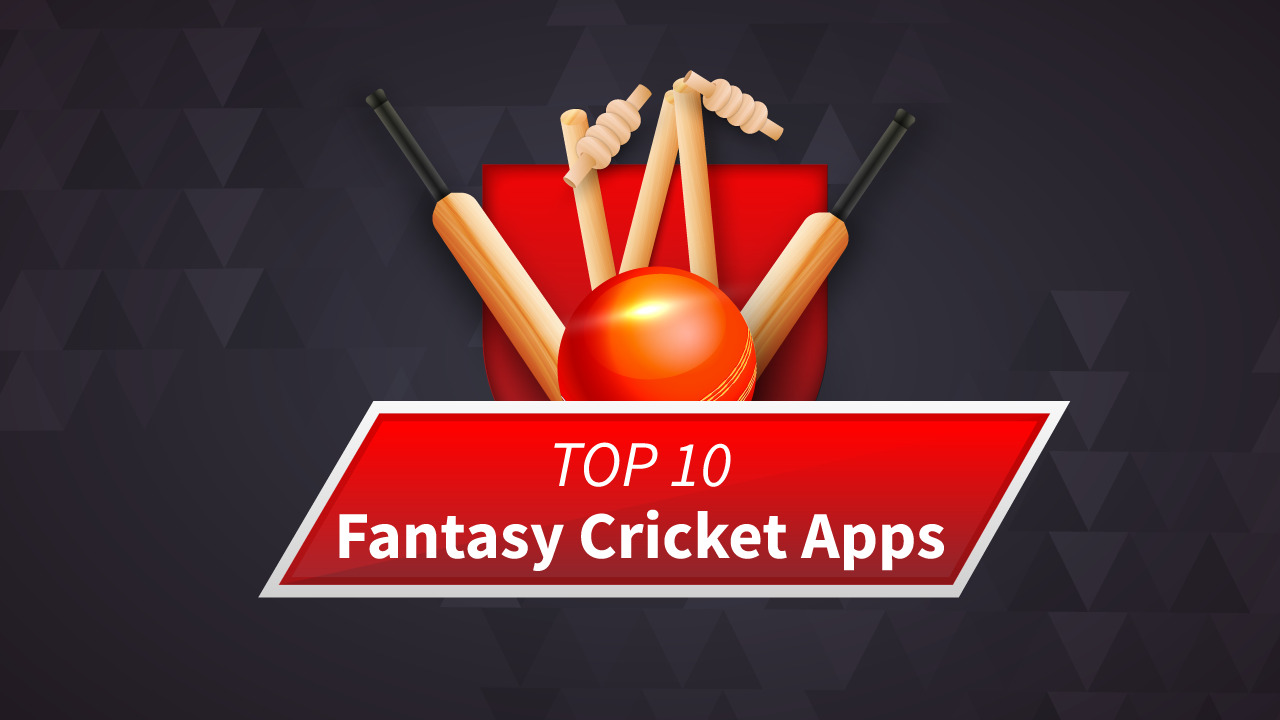 The world cup win in 1983 turned into a cricket frenzy nation. Since then, cricketers turned Gods for the fans, and the game became a religion itself. It is tough to find such passion among the fans anywhere else in the world. The introduction of fantasy cricket apps has brought fans closer to the game than ever before. They could stay engaged with fantasy cricket apps and use their knowledge and skills to win some real cash and rewards.

With a host of fantasy cricket apps taking over the market, you could be confused about selecting the right platform to play. Don’t worry, we have got you covered. Here we are going to talk about the top 10 fantasy cricket apps and websites. You could try your hands on these apps while participating in the international matches, IPL, CPL, Big Bash League, Cricket World Cups, and more.

We could not start the list without mentioning the pioneer itself. Dream11 brought the concept of fantasy cricket to the country and opened the floodgates for the fantasy cricket market. It has scaled to great heights ever since. Dream11 Prediction has everything a cricket fan would ask for. A sleek user interface, a large pool of fantasy players, even a bigger pool of prizes, multiple contests, and daily prizes and bonuses – Dream11 has covered it all. It also offers other games like Fantasy Football, Fantasy Kabaddi, and Fantasy Basketball, among others. And, the fans come down to a platform for making their best Dream11 Prediction to win big cash amounts.

With BCCI President and former Indian skipper Sourav Ganguly as its brand ambassador, My11Circle is one of the country’s fastest-growing apps. It has the same user interface as the RummyCircle. The app is fun for the users with a big prize pool, free contests to win cash, leadership contests alongside classic fantasy games add to the fun.

Mobile Premier League is a platform that has numerous games alongside fantasy cricket. There are a variety of contests for beginners, advanced, and pro players. Current Indian skipper Virat Kohli is the platform’s brand ambassador, which adds a lot of credibility to it.

In a short span, MyTeam11 has evolved as a direct rival to Dream11. It is also a direct option for the users looking to switch from Dream11, given a similar interface. MyTeam11 provides the same game-play as Dream11 but has an added feature of Regular Play and Safe Play. Former Indian cricketer and explosive opener Virender Sehwag promotes this app.

Many fantasy cricket players could find this app exciting. Ballebaazi offers two game-modes – Bowling Fantasy and Batting Fantasy to its users. It has a different concept and feels from the regular fantasy cricket apps. Two-time World Cup winner and stylish all-rounder Yuvraj Singh promote this platform.

It is probably the most detailed app out there with the largest variety. Nostragamus offers several fantasy games alongside different playing modes. It offers sports which you could not find on any other platform; games like badminton, boxing, table tennis, tennis, etc., could be played here alongside fantasy cricket.

It is one of the early entrants in the fantasy sports realm in the country. The app is the first to use data analytics and machine learning to help players playing fantasy cricket.

The app has earned massive popularity in a short period. Like any other cricket platform, you could test your knowledge and skills to win some real cash.

Another fantasy sports platform that is making noises for the right reasons. Dotball has come up with the feature ‘Fan Power’ where a user could switch the captain and vice-captain after the first half. You could also select the 12th man and add an extra player to your team to win the contest. These added features make this app different from the rest.

It is another fantasy cricket platform that offers something different to the users. There is an option to pick 3 power-players here – captain, vice-captain, and the man of the match. Also, the app has Glorious League contests. Here the prize-pool is defined by the number of users playing the contest.