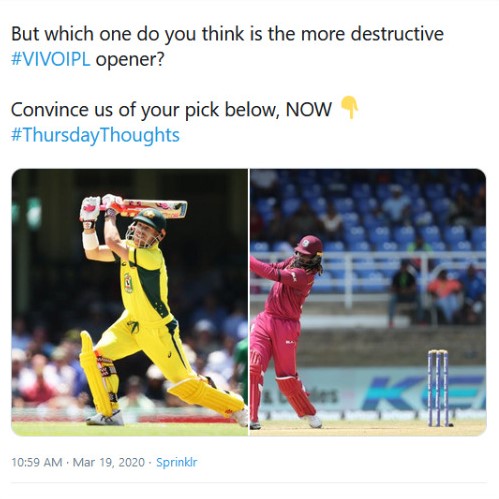 SunRisers Hyderabad and Kings XI Punjab, who are the participating teams of the Indian Premier League, have just offended each other over an online post on Twitter. Due to the new COVID-19, 99 percentage of the cricket tournaments have been called off. One of them is IPL 2020, which has been postponed to the future, with no confirmation on the dates.

The players of the team do not have ground to play on, so they found another area to face off against each other. The beginning of this issue was when Star Sports, the host broadcaster, has compared the opening batsmen of both the teams. The broadcaster has talked about David Warner from SRH and Chris Gayle from Kings XI Punjab, who both are left-handed batsmen of the respective teams.

But which one do you think is the more destructive #VIVOIPL opener?

Convince us of your pick below, NOW 👇#ThursdayThoughts pic.twitter.com/5gVWfNUmiP

Considering the players, Gayle is far more senior than Warner, but when it comes to batting, they give us game-changing performances. They both are specialists in T20 format matches. Star Sports tweeted a post asking fans about their thought on the most destructive batsman among these two players. KXIP responded to the tweet by saying about Gayle’s achievement in overall T20 matches. SRH has re-tweeted by criticizing that those achievements were taken when Gayle was in RCB, his former team and questioned that what he has done in this team, so far. Let’s see what happens when they hit on the ground in IPL matches.

One of them has the most no. of IPL centuries, the highest-ever score in IPL, a strike rate of over 150, the fastest-ever century in IPL history and the most sixes in the competition to his name. 🔥

I think we know who our pick is! 😉 #SaddaPunjab 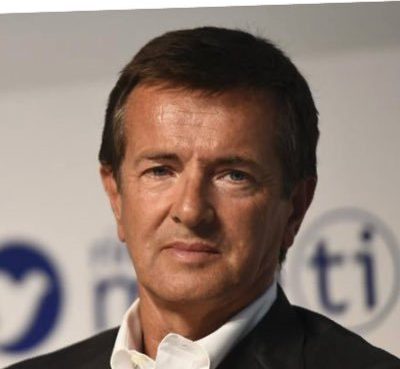 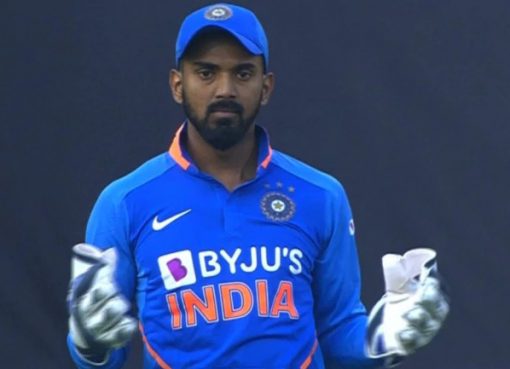 How KL Rahul is keeping himself busy while on Self- Isolation. 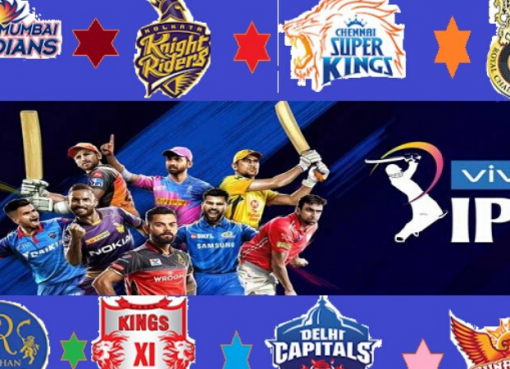