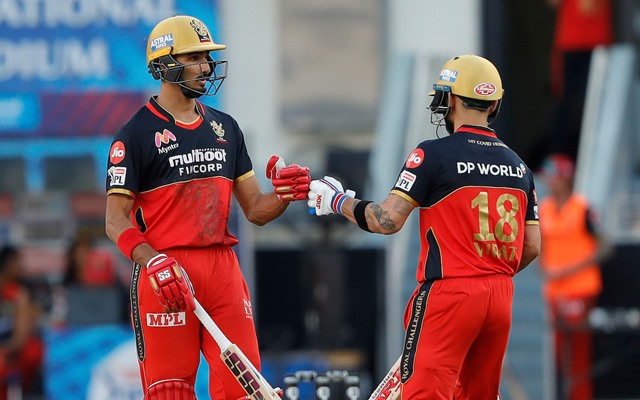 Following the announcement of stepping down as captain at the end of this season many speculation has risen. In his message Kohli has informed he is merely stepping down from the helm as captain but he will continue to play in IPL and much preferably in RCB.

The next big question will be who will lead RCB next year in the 2022 edition of IPL. The candidates in the list are Devdutt Padikkal and the AB de Villiers. But ABD is in his last leg of his career and him taking the helm as the captain will not be a significant one for the future of RCB.

Padikkal has been the youngster who has given RCB the much needed push this year. If Padikkal was to take the helm as the captain next year he will get lots of time to train under Kohli and hone his skill as the captain. If this were to happen RCB will be having bright future in the upcoming tournaments.

Other options will be RCB acquiring other talented players for the next season and appointing them as the captain to lead their team in the future. Currently the best option for RCB will be hand the captaincy to Devdutt Padikkal and see how this will go on.

Virat Kohli to step down from RCB captaincy after #IPL2021

“This will be my last IPL as captain of RCB. I’ll continue to be an RCB player till I play my last IPL game. I thank all the RCB fans for believing in me and supporting me.”: Virat Kohli#PlayBold #WeAreChallengers pic.twitter.com/QSIdCT8QQM