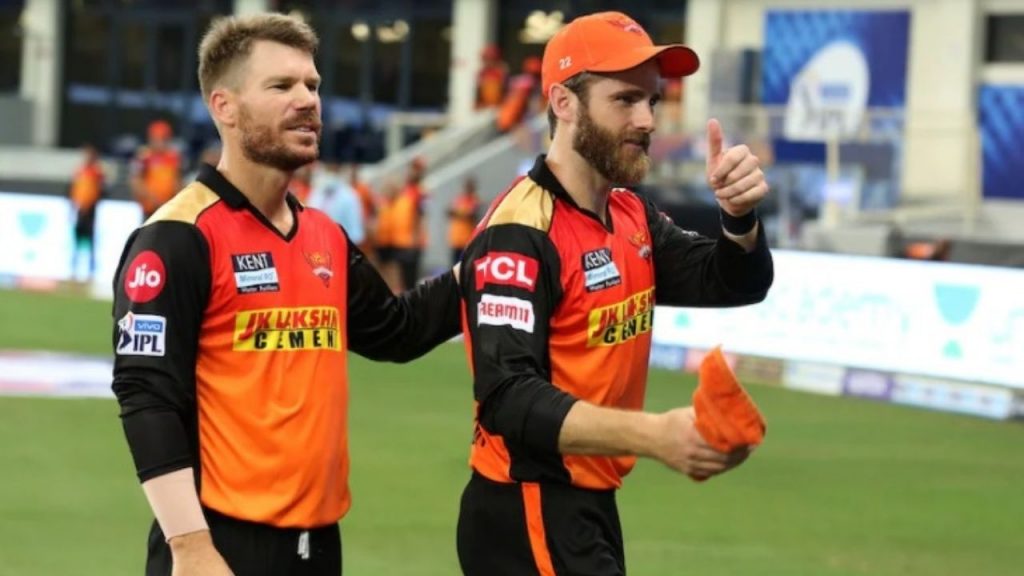 David Warner one of the powerhouse in T20 format is under lot of pressure in recent times. The Australian veteran is known for his aggressive batting style. Currently he is playing for the Sunrisers Hyderabad in the IPL 2021 season.

So far this season is not a big hit for SRH as well as David Warner. At the start of this season David Warner was appointed as the captain of the SRH. However as said earlier this was not a good season for SRH and they have performed very poorly in the first phase of the tournament.

As a result during the later end of the first season David Warner was removed from the captaincy as well as the playing xi for SRH. This was huge blow to the fans of David Warner. When Warner was seen carrying water bottle during the next game the Twitter was in uproar. After the poor performance of the team under Warner, Kane Williamson was given the mantle to lead the team and he has given a good win to the SRH.

With his captaincy SRH scored one win at the end of the first phase of the IPL 2021. After the hiatus Warner was included in the playing xi due to few players refusing to play in this second phase. Warner was promoted to the playing xi in the second phase of IPL 2021. However due to poor performance in the previous game Warner was again sacked in this game between Rajasthan Royals and Sunrisers Hyderabad.

With the big auction coming next year SRH will most likely release Warner and it will be open season for all the other team to take this power hitter to their team. But in between the IPL 2021 and auction Warner has to show some incredible performance in order to boost his price tag in the next auction. The team that most likely to pick Warner will be RCB. Since Virat will be stepping down as the captain inclusion of Warner in to the RCB will be a better decision for both the team and Warner.