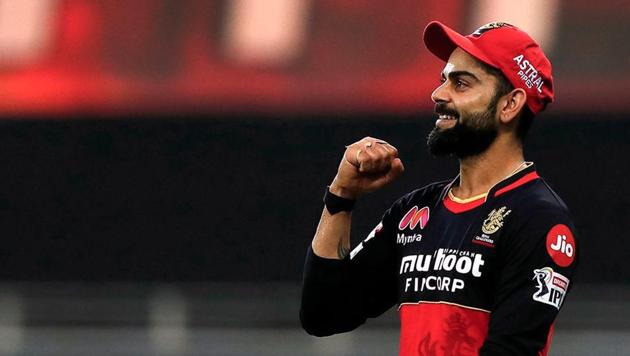 The name Virat Kohli has been associated with aggression and passion in cricket. The 32 year old Kohli has lead team India in all three formats and had great winning statistics. Recently Kohli has announced that he will be stepping down as captain for team India in T20I format. This was a huge blow to team India and Virat fans.

It has to be noted that Kohli has been leading the RCB for the better part of the past decade. Virat has been placed as the captain for RCB in 2013 and he was very passionate in leading his team. Unfortunately RCB always misses to create a balanced team and invests its money in roping in top star players. This has always lead to RCB being tarnished by other teams.

However RCB has been playing with an intent this whole season until the cancellation of tournament. The inclusion of young talents has helped RCB to put their team in the playoff position. With the remaining games in the season resuming RCB will be eager to give a send off gift to their beloved captain by winning their maiden IPL title.

Virat Kohli to step down from RCB captaincy after #IPL2021

“This will be my last IPL as captain of RCB. I’ll continue to be an RCB player till I play my last IPL game. I thank all the RCB fans for believing in me and supporting me.”: Virat Kohli#PlayBold #WeAreChallengers pic.twitter.com/QSIdCT8QQM

After a never ending wait, RCB is ready to kick start the second leg of #IPL2021 against KKR. Here’s everything you need to know about tomorrow’s match. #PlayBold #WeAreChallengers #KKRvRCB pic.twitter.com/67I7rb00iR