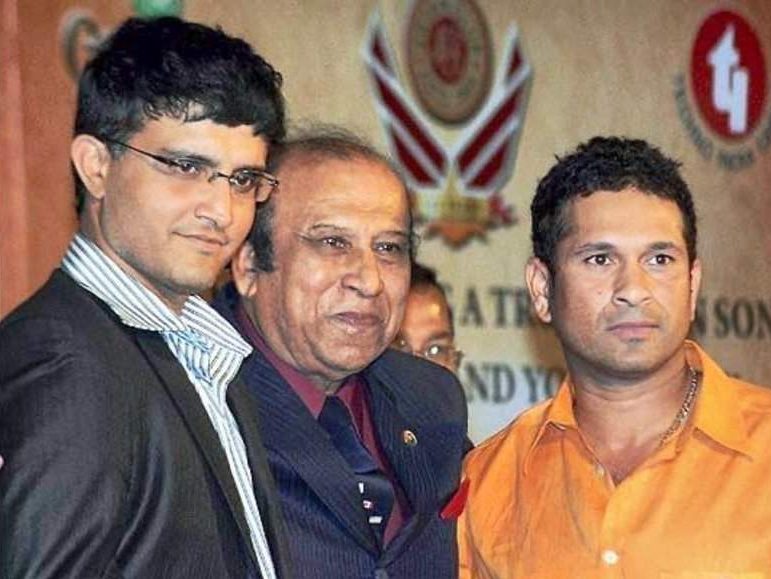 Football legend Pradip Kumar Banerjee, popularly known as PK Banerjee, died in a private hospital in south Kolkata at 2:08 pm on Friday at the age of 83 years, leaving behind a legacy that has inspired millions of kids in the country to take up the beautiful game. He is survived by his two daughters. His wife Arati passed away a few years ago.

The 1962 Asian Games gold medallist, whose best days as a striker coincided with Indian football’s golden era, was suffering from respiratory problems due to pneumonia. After beginning at Aryan, he had a 12-year profession for Japanese Railway, from 1955-1967.

He has had a massive heart attack a few years ago and was suffering from age-related ailments since then. PK was admitted to the hospital on March 2 and was on life support for the past week.

Condoling his death, Chief Minister Mamata Banerjee said: “PK Banerjee’s death is an irreparable loss and will create a void in the world of sports in India. The state government had conferred Bangabibhusan in 2013 to this Arjuna and Padmashree awardee. My deepest condolences to his family members, friends, and admirers.”

In his condolence message, Governor Jagdeep Dhankhar wrote: “Deeply condole demise of the legendary footballer and Olympian PK Banerjee. I had visited the 83-year-old Asian Games gold medalist at the hospital a few days back. Pray to almighty to bestow eternal peace on departed soul and courage to his family, friends, and numbers fans to bear this loss.

“Praful Patel tweeted: “A legend and one of our greatest football players have left us today. Rest in Peace PK Banerjee, Indian football will miss you.”

A legend and one of our greatest football player has left us today.
Rest in Peace PK Banerjee, Indian football will miss you.
My sincere condolences to members of his family and all his fans.@IndianFootball @IndiaSports #PKBanerjee #football #India pic.twitter.com/lcLoD9Uz5X

Banerjee had played in three Asian Games and captained the Indian squad in Rome Olympics in 1960. As a right out or right-winger, he took part in 84 international matches scoring 65 goals.

His football career spanned over two decades. He played for Bihar in Santosh Trophy at the age of 15. Though he coached two Kolkata football giants Mohun Bagan and East Bengal, he never played for these two clubs. He played for Eastern Railway and was one of the squad members when it became the champion of the Kolkata Football League in 1958.

PK’s coaching USP was his “vocal tonic”. Those who played under him fell for his man-management skills.

As a mark of respect to #PKBanerjee, the Indian Football legend, #AIFF has decided that it's flag will fly at half-mast today in #AIFF Delhi Headquarter.@IndianFootball @IndiaSports @KirenRijiju #India #football pic.twitter.com/Sk0XkMyznR

Prasun Banerjee, his younger brother who had also captained the Indian team and Trinamool Congress MP broke down when the news was announced. “He was my friend, philosopher, and guide and was the guardian of our family. He was a great footballer and an even greater human being.”

Subrata Bhattacharya said: “His coaching method was unique. We knew what Pradipda wanted from us and tried to fulfill his dreams.”

Samaresh Chowdhury added: “During coaching, he showed us how to play total football. He had sound knowledge of the game.”

Football fans here used to take the names of the ‘holy trinity’ at one breath — PK, Chuni Goswami, and Tulsidas Balaram.

It's sad to hear that PK Banerjee, one of India's Greatest Footballers is no more. His contribution to Indian Football will never be forgotten. I share the grief. He will stay synonymous with the golden generation of @IndianFootball. Pradip da,you will remain alive in our hearts!

Balaram said: “His football sense was sharp and had a brilliant shooting power. He was a brilliant dribbler and could confuse the opposition’s defendants.”

His mortal remains were kept at his GD Block residence in Salt Lake and cremated at Nimtala Ghat later in the evening. With his demise, Kolkata Maidan bid adieu to one of its iconic sons.

Pradip Kumar Banerjee, former India captain and one of many best strikers the nation has produced, handed away at a Kolkata hospital Friday after a large coronary heart assault. He’s survived by his two daughters. He was admitted to the hospital on February 7. Step by step, sepsis and multi-organ failure resulting from pneumonia set in on the background of Parkinson’s illness, dementia, and coronary heart issues.

It was his lifeless run down the proper flank, highly effective taking pictures and top-class heading that floored the followers. Followers and reporters adored him. He was a trailblazer, somebody who introduced the fashionable recreation to the Kolkata maidan. Until the mid-1950s, Kolkata soccer was the house of the Pancha Pandavas — Ahmed Khan, Apparao, P Venkatesh, P B Saleh, and Dhanraj. They performed for East Bengal and had been Oriental of their kind. Pradip da or PK introduced in energy and pace when he joined Aryan in 1954. “They (defenders) at all times chased shadows. My Achilles tendon was the worst sufferer,” his face used to gentle up each time he recalled his halcyon days.

PK’s tales at all times had a number of coats of varnish. “The Rome Olympics organizers informed us we will need to have a workforce theme track. We barely had a clue. I took the stage and began singing Dhitang, Dhitang Bole (a Salil Chowdhury composition). Inside two minutes, the whole Olympic stadium joined the refrain.” How do you justify 80,000 in Rome buzzing a Bengali track of the IPTA classic? However, that was the legend of the person.

He preferred to boast his on-field exploits however he did it with dignity. There was by no means a touch of conceitedness. It was the mastery of a grasp storyteller who reveled in holding court docket. Born in Jalpaiguri, in north Bengal, he did his education in Jamshedpur and broke into the nationwide reckoning when he performed for Bihar within the Santosh Trophy.

Deeply saddened to hear about the passing away of football legend #PKBanerjee. His contribution towards #IndianFootball will remain eternal. #RIP pic.twitter.com/TIsH6hBnzz

Second homecoming for Class of 1956

Quickly he was included within the nationwide workforce for the 1955 Quadrangular Event in Dhaka. India received the event, defeating Pakistan 2-1 within the remaining and PK, together with goalkeeper Peter Thangaraj, shone the brightest. The 1956 Melbourne Olympics was the place Indian soccer discovered its ‘holy trinity’ — Pradip, Chuni Goswami, and Tulsidas Balaram. Until date, they continue to be unmatched.

PK performed an essential position in India’s 4-2 win over Australia within the quarterfinals, offering two assists. Though India crashed out of the competitors after shedding to Yugoslavia within the semi-final and Bulgaria within the third-place tie, the 1956 Olympics efficiency stays the benchmark for any Indian soccer workforce. The 1960 Olympics noticed PK’s stardom develop, as he scored a purpose towards France in a 1-1 draw. The 1962 Asian Video games in Jakarta adopted, which was the height of PK’s profession. India went on to win the soccer gold underneath Goswami’s management.

PK Banerjee and legends roll back years back to 1956

PK was one among a form, for he by no means performed for an enormous membership. After beginning at Aryan, he had a 12-year profession for Japanese Railway, from 1955-1967. In 1958, Japanese Railway received the Calcutta League, trumping Mohun Bagan, East Bengal, and Mohammedan Sporting. In 45 worldwide appearances, PK scored 14 objectives. On the membership degree, he scored 190 objectives.

After hanging up his boots, PK took to teaching and has become the nation’s most profitable coach. Beneath his cost, East Bengal received 4 of their six consecutive Calcutta Soccer League titles throughout 1970-75. As Mohun Bagan coach, he presided over the membership’s treble — IFA Protect, Durand Cup and Rovers Cup — in 1977 aside from incomes a 2-2 draw towards Pele’s New York Cosmos. In between, Banerjee and G M Basha coached Syed Nayeemuddin-led Indian workforce to the 1970 Asian Video games bronze in Bangkok, the nation’s final podium end on the continental stage. PK’s teaching USP was his “vocal tonic”. Those that performed underneath him fell for his man-management abilities.

Tunku Abdul Rahman, Malaysia’s founding father, was an enormous fan of PK’s soccer, a lot in order that he had as soon as supplied Malaysian citizenship to the Indian star through the half-time of a Merdeka fixture. PK was one of many first recipients of the Arjuna Award in 1961. Padma Shri had been conferred in 1990. The Worldwide Federation of Soccer Historical past & Statistics (IFFHS) nominated him because of the Indian footballer of the 20th century. The FIFA Order of Benefit got here in 2004.

P Ok Banerjee was not simply the ‘Prince Charming’ of Indian soccer, however an awesome human being.

My Words cannot fully express the sorrow We feel after learning about the death of our legendary footballer⚽️#PKBanerjee May u ever treasure d wonderful times u had and my prayers r wit ur whole family🙏 RIP Sir pic.twitter.com/8t5I7yQGBO

Shikar Dhawan is at it again during Lockdown 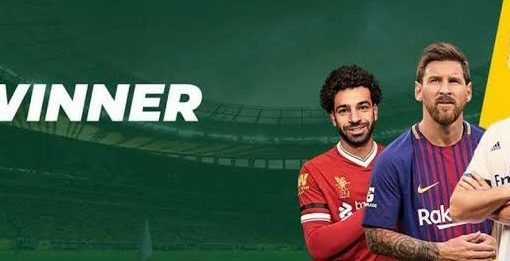