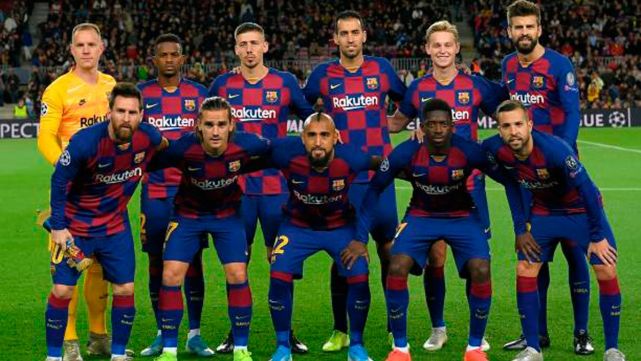 Barcelona players including Messi take pay cut amid virus crisis. Chiefs are currently facing a battle with their players after it emerged some of them have rejected pleas to take a pay cut amid the coronavirus pandemic.

Football club cuts salaries of players and staff as fatalities and the number of coronavirus patients soars in Spain. It is reported that the Barcelona players are unhappy with terms suggested by the board so far, but they are open to taking a hit on their pay packet.

AS add, “President Josep Bartomeu tried to convince the players to accept a proposal that, according to various sources, was somewhat more generous than the one made to the professional teams in other sections of the club, such as the basketball side.”

Some players at various clubs have already agreed to wage cuts. Lionel Messi was hailed earlier this week for donating €1 million towards the battle against coronavirus. The money will be split between the Hospital Clinic in Barcelona and another medical center in his home country.

The Barcelona players have refused to take a reported pay cut of 70% due to the coronavirus epidemic. 😲💰#Barcelona pic.twitter.com/zvh8PrWgNB

Negotiations between the club’s captains and the bard are said to be continuing. Including the women’s football team and the men’s basketball team, the wage cut per football Espana would be applicable to all senior teams at the club.

But the focus is on the men’s senior football team, the whose combined wage bill is over €500 million – the highest of any professional sports club in the world. But Barcelona decided to apply the wage cut even if the players refuse to accept the proposal and agree to it. Because it is legally stated in Spain’s state of emergency to apply the ERTE temporary redundancy scheme.

As the halt in the schedule will financially burden the clubs, many UEFA members have advocated that the players should take the wage cut until the situation improves.

#Barcelona #Liverpool @FCBarcelona has put a price tag of €80 million on their winger Ousmane Dembele for @LFC to have his signature. Jurgen Klopp is said to be a public admirer of the teenager, reports Liverpool Echo. pic.twitter.com/6HsQrlUAOh

‘MS Dhoni is the world’s fastest runner between the wickets,” claims Mohammad Kaif